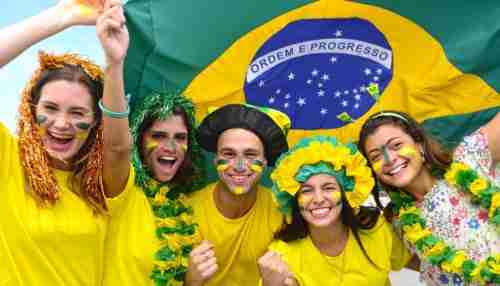 I have heard different experienced traders of big institutions saying the Brazilian football leagues are ‘tricky’ to bet. I could write lots of pages, and in-depth guides about the football of a place I know since my childhood and have been observing as a professional for 12 years. There is a universal truth in the world of gambling: where confusion and uncertainty are in the air, those that can see clearly through slightly cloudy scenarios turn out to be profitable. Let’s try to understand how to use keen information about Injuries and Suspensions to profit betting on Brazilian Football.

Why the League is so Odd

Some cultural aspects of Brazil are reflected in the world of football, and immediacy is a constant in that process. Put simply; the teams change too often. Formation changes, alterations in the regular teams, squad turnovers between seasons are cultural constants. Managers are sacked overly often. Only one club started and ended the Brazilian Série A of 2019 with the same manager, which was Grêmio that still has the legendary Renato Gaúcho as manager as of February 2020.

Even big traders that use keen math to predict lots of things about Brazilian football see the power of mathematical modelling shaken by excessive changes.

Certainties are some vapour in Brazil, and the key to profit in the league is to keep up with the local football. All the above-explained factors may lead the readers onto concluding that the league is chaotic. It is fair to say that when you compare the local clubs to traditional European clubs that keep big names for decades in the same town.

However, there are some advantages to focus on this league. The national season is usually 6 to 8 months long, which means if you keep up with the Brazilian Série A, you will often have four full rounds in a time window of just 14 days! If you do the homework and keep up with new information, you will thrive when betting in Brazil.

It takes no rocket science to profit in Brazil. You can use the three essential tools that make a powerful fuel for bets at any league, i.e., basic info from the classification table, live betting, and news about Injuries and Suspensions.

There are, however, some tips to enhance the process of betting efficiently in Brazilian games. Team news in Brazil are an essential part of the work, but a valuable tip is to ‘confirm’ the line-ups as of the first minutes of the match. The local press often fails when it comes to predicting the starting XI. While most important news is easy to find at prominent online newspapers, the fact that we have in the second semester of the year too many rounds within a short period. Investing in a paid subscription to obtain keener information about information related to Injuries and Suspensions can make the difference between snatching the valuable odds or missing the value.

In sum, trading must be rapid when it comes to Brazil. If you keep up with the odds of the league, and you smell blood, don’t hesitate and bet at once. The excessive turnover of squads makes the market focus too much on team news, as it is hard to know a lot about unknown players that emerge out of the blue every year. Especially from youth academies that are so relevant in Brazil, which means news about injuries can drive the markets crazy.

Being informed in a timely manner is, therefore, imperative.

Live betting is another exciting tool because if you are aware of the situation in terms of injuries and suspensions, you can speculate more efficiently when unexpected scores eventually show up, like underdogs scoring at the very begin of the games.

On a final note, the particularities of the Brazilian football calendar often lead big teams to rest regulars. Especially when they are still active in many competitions simultaneously such as Brazil Cup, Libertadores, Sudamericana and the Brazilian Série A. It means hot information about line-ups can make a big difference when it comes to betting in fixtures involving Brazilian clubs, both within the domestic scenario and the CONMEBOL competitions.